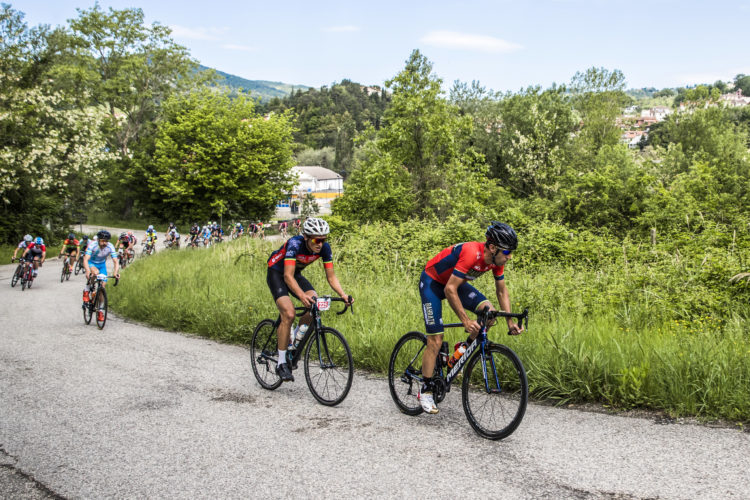 2019 is set to be an exciting year for cycling in Emilia Romagna, with a packed calendar guaranteed to thrill cycling and sport enthusiasts alike. The pinnacle of the racing season for next year is the world-famous Giro d’Italia, which will be starting in Bologna next year, in addition to the first ever Appenninica MTB Mountain Biking Stage Race to take place in Emilia Romagna next year. The beautiful region and its varied landscape provides the perfect terrain for riders of all levels, and together with bike tours organised by local companies, as well as clubs and professional cycling associations, the region is being increasingly known as a cycling destination. 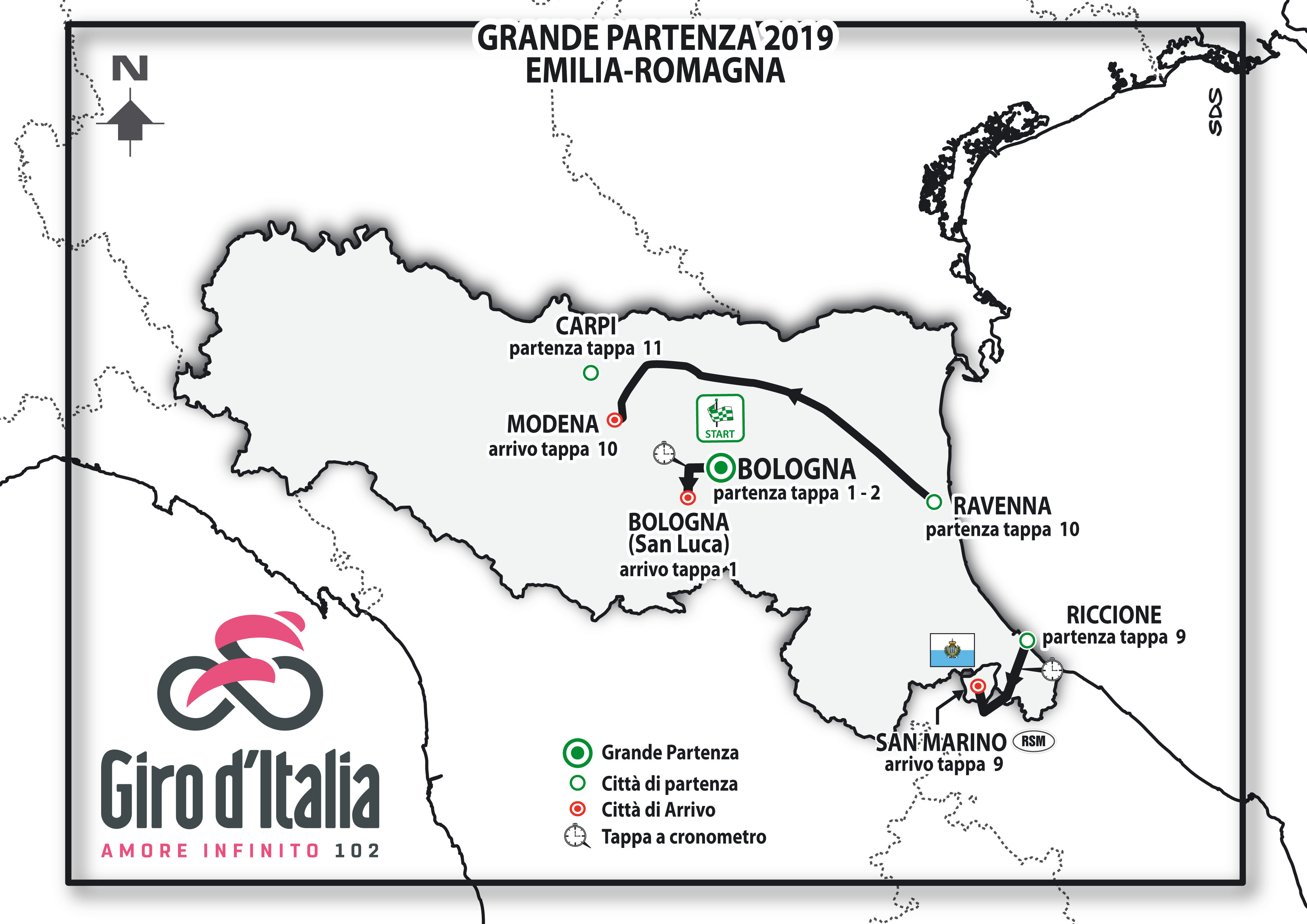 Along with the Tour de France and Vuelta a España, the Giro d’Italia makes up cycling’s prestigious three- week-long Grand Tours, and 2019’s event will start on Saturday 11 May in Bologna, where it last began exactly 25 years ago in 1994. This project involves a wide-range of partners and has been agreed by RCS Sport together with the Emilia Romagna Region. The route will pass through several key areas within the region, including Riccione, Ravenna, Modena, Carpi and the spectacular path of San Luca.

Next year, will be the 102nd edition of the Giro d’Italia, also known as the Corsa Rosa. Starting in Bologna, the race will offer a spectacular “Big Start”, with an 8.2 km individual time trial, bringing athletes to the hill of San Luca from the city centre. The second stage, on Sunday 12 May, will head further south from Bologna. Two other exciting race segments taking place within Emilia Romagna will be the Riccione – San Marino (RSM) (the only border crossing in the race), and an individual time trial of 34.7 km which will also be the ‘Wine Stage’ of this tour on Sunday 19 May. After a rest day on Monday 20 May Tuesday 21 May will be the 11th fraction, stretching from Ravenna to Modena. Offering 147km of racing on a flat route, this section will thrill the sprinters. On Wednesday 22 May, the cyclists will head west out of the Emilia-Romagna region, leaving from Carpi.

Other exciting cycling events for 2019!

In addition to the Giro d’Italia starting in Bologna in 2019, the beautiful region of Emilia Romagna will be preparing to host thousands of cycling enthusiasts for an exciting calendar of events throughout the year:

Opening the cycling season for the region, the 24th edition of the “Davide Cassani” Granfondo takes place on Sunday 17 March. The race offers a spectacular 128km course, including an altitude difference of 2600m inland between Faenza and Imola.For more information, please visit: http://www.granfondodavidecassani.it/

The following Sunday, March 24th, sees the 2019 edition of the Granfondo del Po take place in Ferrara. After the success of last year, which saw more than 1,200 participants, the event has been included as a stop in the UNESCO Cycling Tour and Romagna Challenge circuits. The Ferrara race will once again see the start line located in the shadow of the Estense Castle towers, before offering two routes, one 134 km long and the other 81 km long. For more information, please visit: www.granfondodelpo.it/home.

Sunday 28 April sees another classic race take place in the region. The 35th edition of the Ten Hills of Bologna features the Giardini Margherita Park as both the start and finish point. The 132km long route will head along towards San Lazzaro and Val di Zena, and reach an altitude of 2376m. For less experienced cyclists, there is the alternative 82.74km route with an increase of around 1425 meters is also expected. For more information, please visit: www.diecicolli.it. 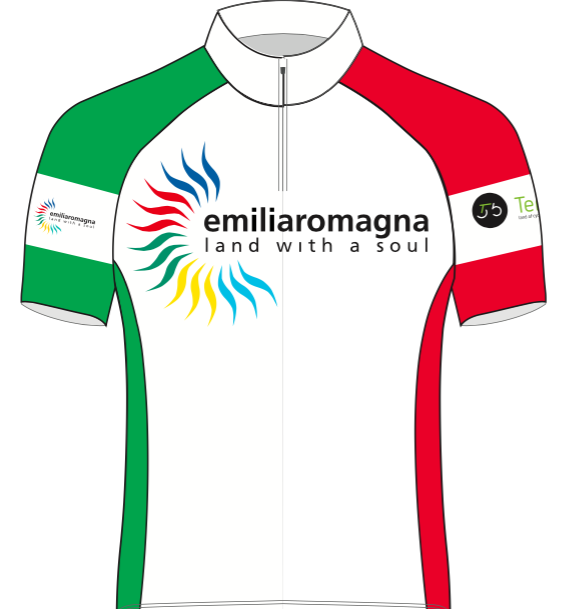 A thrilling double event is set to take place on Sunday 5 May. The first, the Tour of Romagna 2019 in Lugo, offers a non-competitive cycling race of 170km which draws cyclists from across Italy. The second race is the 23rd edition of the Granfondo La Via del Sale in Cervia. This race expects to see more than 5,000 amateur cyclists on the two routes: the 174km option with the ascents of Montefinocchio and Montepetra, and the 118km shorter route which will have its grand prize of the mountain on the Montevecchio-Cima Pantani.For more information, please visit http://granfondoviadelsale.com/.

Sunday 12 May sees the town of Cattolica host the 5th edition of the Granfondo degli Squali, in collaboration with the bike hotels of Terrabici. Departing from the Aquarium of Cattolica and arriving at Gabicce Monte, the event sees more than 3,000 cyclists taking part. After the success of last year’s edition which saw the champion, the “Shark” Vincenzo Nibali, participate, an even larger sign-up is expected for 2019. There are two routes on offer, the first, at a distance of 145km which traverses more than 20 villages in the region, and a shorter route of 80km, which has seen the Giro d’Italia pass through three times. For more information, please visit www.granfondosquali.it 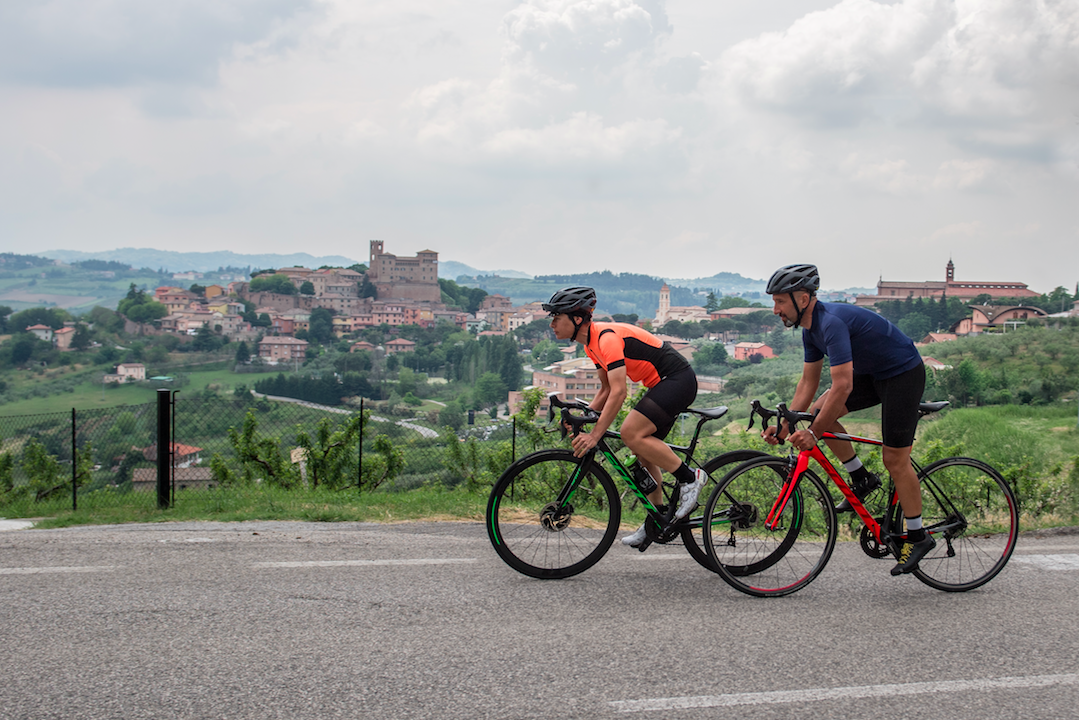 Another exhilarating highlight of the season is the 49th edition of the Nove Colli di Cesenatico which will take place on Sunday 19 May. Over 12,000 participants come from more than 50 countries to take part in one of the two routes. The first, a 204km longer ride, and the second, will be a shorter 130km ride to accommodate several levels of cyclists. Departing from the Porto Canale in Cesenatico, the ride finishes at the beautiful Carducci Promenade, in the Agip colony. For more information, visit www.novecolli.it/

On June 9th, the focus turns to Bagno di Romagna for the 10th edition of the Granfondo del Capitano, a spectacular 140km race with an altitude difference of 3100m in the splendid setting of the Casentinesi Forests, home to several stages of the Giro d’Italia in 2017. More than 1,000 participants are expected to take part from overseas, as well as Italy. For more information, please visit: www.granfondodelcapitano.it

On 16 June, the 21st edition of the Granfondo Città di Riccione will take place in Riccione. Traditionally held in April, 2019’s event will happen in June and is expected to welcome almost 1,400 participants, departing from the Piazzale S. Martino and finishing at the Riccione spas. There are two routes, one which is 136.2 km long and a shorter route of 99.4 km long. On both routes, there will be an exciting time-trial at Sassofeltrio (2.7 km). For more information, please visit: www.granfondocittadiriccione.com 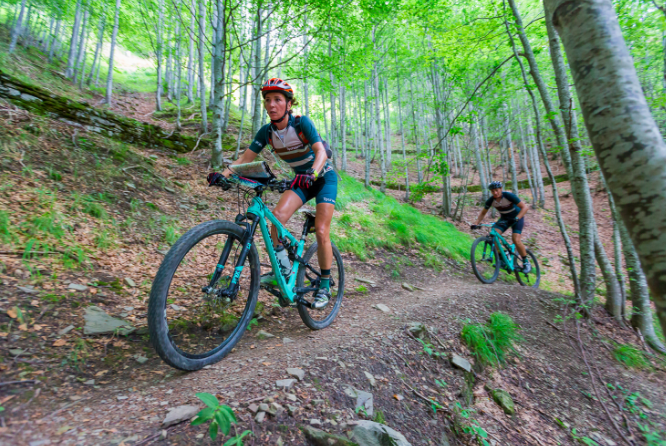 Plus, a brand new race for 2019 is the first ever Appenninica MTB Stage Race set to take place in July 2019. This seven-stage mountain bike race will traverse the Apennines between Romagna and Emilia, and will depart from the Alta Via dei Parchi. The route will be approximately 600km and divide into seven stages with a total height difference of almost 20,000 metres. For more information, please visit: Info: www.appenninica-mtb.com and see www.youtube.com/watch?v=WN48wpIiqqI

Finally, the Granfondo season in Emilia Romagna will end with the Granfondo “Marco Pantani” scheduled for Sunday 22 September. Departing from Cesenatico and offering two routes: the longer is 145km with an altitude difference of 2150m and the shorter 107km. For more information, please visit: http://gfmarcopantani.com/it

Cycling in Emilia Romagna 2021: here we go again with many events and our fascinating itineraries between the sea and the hills

A wealth of opportunities for cycling enthusiasts in this Italian region renowned worldwide for history,… 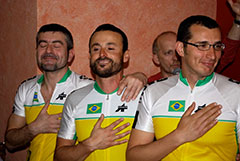 all rights reserved to Cyclingnotes.it by Andrea Manusia
Back To Top
×Close search
Cerca